Monopoly Live by Evolution Gaming is the online and live casino game from provider Evolution Gaming that is inspired by the famous world-famous board game. In partnership with Hasbro, owner of the gaming rights since 1935. This live casino game offers players who have access to their platform via an online casino, a wheel of fortune like no other!

A wheel with which the luckiest participants place bets and obtain good winnings with the help of the Rich Uncle Pennybags. Let’s go, let’s test this casino game which has been all the rage since its launch on the net!

From Lanslord’s Game to Monopoly Live…

The “Landlord’s Game“, which translates to landlord’s game, is an American board game invented by Elizabeth J. Maggie in 1904. This woman, who shared the ideas of the economist Henry Georges, created her board game with the aim of making players aware of the excessive power of wealthy real estate rentiers.

The game is broadcast throughout the United States of America as far as Atlantic City and even uses the name of streets in this city as a popular variant. It is this version of the game that Charles Darrow discovers one evening in 1931 thanks to his neighbours who make him play. Convinced of the commercial potential of the board game, he decides to appropriate the rules and baptizes his version of Monopoly.

Failing to find a partner at the publisher Parker Brothers who deemed the game too complicated, he left with the determination to market Monopoly itself! Success was immediate and Parker Brothers bought the rights in 1935 with regret. This is followed by such commercial distribution that the game is available today in 43 languages ​​and in 80 countries!

And in sometimes very surprising editions such as Monopoly Pokémon, Monopoly Metallica or the special edition which puts the small French town of Montcuq in the spotlight! Then in April 2019, Evolution Gaming shared a real Monopoly-themed gambling game! A thousand leagues from the anti-capitalist version of the original game…

Once you’ve loaded the game into your web browser, you’ll find a studio filmed live with a wheel of fortune marked with a capital “M” in the centre, an animator to spin it, and Mr Monopoly spinning. read his newspaper or drink a coffee.

You will also see a promontory for throwing dice. And at the bottom of your screen, the game interface shows the bets to be made whenever you want.

Without forgetting the virtual game board, here are all the components of Monopoly Live by Evolution Gaming. Now let’s see how the game works.

Course of a game

At the beginning of a game of Monopoly Live, you must first choose the bet you want to place virtually. You can choose to bet on the 4 Monopoly tickets with a value of 1, 2, 5 and 10 and/or on the triggering of the bonus game which corresponds to the different segments of the wheel.

When this is done, the Monopoly Live host will spin the wheel which will randomly stop on one of the wheel’s 54 segments.

Players who have targeted Monopoly tickets 1, 2, 5 and 10 will receive their winnings directly. While players who successfully bet on the bonus game will enter a more lucrative second phase of play!

If the Monopoly Live wheel selector stops on one of:

The “Chance” segments of the wheel

The Monopoly Live wheel also has 4 “Chance” segments. When it is stopped on one of them, two cases will occur to you:

Second phase of the game: rolling the dice

Placed next to the Monopoly tickets, bettors are provided with the “2 Rolls” and “4 Rolls” betting options. These dice rolling options only activate if the wheel lands on the correct corresponding segments.

It is during this special game phase that you will see the character of Rich Uncle Pennybags evolve on the traditional Monopoly board that you are probably all familiar with! Indeed, the game screen will show in close-up all the boxes with the famous names of streets, stations and others (starting box, prison box, etc.). And it is the moustachioed character who will move for you according to the result of the dice.

Here is what the boxes of the Monopoly Live game have in store for you:

And as in the board game, and double on the dice adds a roll.

Our opinion on Monopoly Live by Evolution Gaming

Monopoly Live is a standalone version of the Dream Catcher wheel of fortune game from Evolution Gaming. A greatly improved version could we add! And a wheel of fortune that has become far more popular than the latter! In terms of attendance, it also ranks second just after Lightning Roulette from the same provider…

The reasons for this craze that continues in 2022? They are many! First, the Monopoly Live game is very well animated: always in joy and good humour by enthusiastic and friendly presenters. And from time to time with the help of the mascot who intervenes when the game enters the second phase of the game.

Either the most thrilling moment of Monopoly Live! Because it is also this bonus game phase that can make you win some nice amounts! As a reminder, you can win up to 500,000€ which corresponds to 64,840,000.00¥ if the little guy in the top hat lands on the correct street locations on the virtual board.

Unlike the Dream Catcher game, Monopoly Live seems more likely to deliver big wins more often…. Even though the betting and winning limits of these casino games are similar. 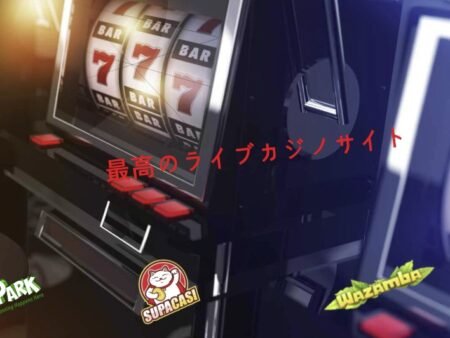 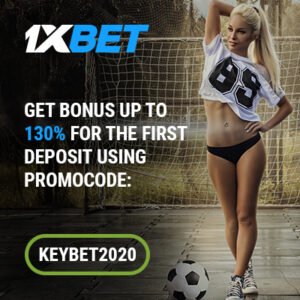 Get Your Free Revout Card! RESPONSIBLE PLAY: We are not responsible for losses due to gambling in casinos or betting on betting sites linked to any of our bonus offers. The player is responsible for the amount for which he wishes and can play. Don't bet or bet with money you can't afford to lose. Don't chase your losses. Players are responsible for checking the gambling laws in their country or jurisdiction, and they should do so before playing for real money at an online gaming site.

RESPONSIBLE PLAY: We are not responsible for losses due to gambling in casinos or betting on betting sites linked to any of our bonus offers. The player is responsible for the amount for which he wishes and can play. Don't bet or bet with money you can't afford to lose. Don't chase your losses. Players are responsible for checking the gambling laws in their country or jurisdiction, and they should do so before playing for real money at an online gaming site.
Play at: King Billy Casino No Deposit Bonus of ¥1100